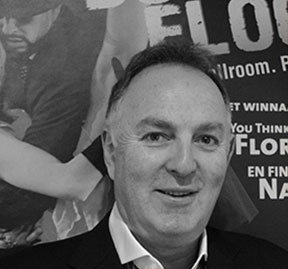 Beginning in the local town halls around Australia in the early 70’s, with a range of legendary Australian acts such as Billy Thorpe, Max Merritt, Tamam Shud, Sherbet and Hush, Harley’s activities now span continents, from Australia to USA, Europe, Asia and Africa.

His major concert production credits in Australia and Asia Pacific include multiple tours and productions with:

THE MUSIC OF ANDREW LLOYD WEBBER starring MICHAEL CRAWFORD in Australia and Japan 1992 produced in association with The Really Useful Company and THE MUSIC OF ANDREW LLOYD WEBBER and with SARAH BRIGHTMAN and ANTHONY WARLOW created and produced under license from The Really Useful Company in 1996 in Australia, New Zealand, Singapore, Hong Kong and Japan in 1996;

In the Theatre, Harley first produced “The Male of the Species” staring Edward Woodward and Michelle Dotrice in 1974, additionally, Hinge and Bracket in 1985 and again in 1987 in their production of “The Importance of Being Ernest” Australian, “The Female Odd Couple” with Pamela Stephenson, Australian Tour 1993.

In 2012, Harley co produced the Off Broadway play, Standing on Ceremony, at the Minetta Lane Theatre in Greenwich Village, New York. And supports as an investor the hit play Doyle and Debbie, which is running currently at the Royal George Theatre in Chicago.

As Founder and Producer of the Latin and Ballroom dance spectacular ‘Burn the Floor,’ Harley has produced the show in 30 countries and 320 cities around the world in the shows fourteen-year touring life.

Harley was Lead Producer of Burn the Floor on Broadway 2009/10 at the Longacre Theatre, performing 193 shows and London’s West End Shaftsbury Theatre in July/August/September, 2010. In 2011 Burn the Floor completed a 40 week USA regional tour plus an extensive World Tour, covering South Africa, Australia, Europe UK, Korea. In 2012 Burn the Floor toured through Australia, USA, China, Singapore, Korea and returned to Japan for a record breaking. Sold out 7th tour. 2013 sees Burn the Floor back on the West End for an extended run at the Shaftesbury Theatre. The company has entered into a three year deal to produce Burn the Floor on the Norwegian Cruise Line ships, The Breakaway, based in Manhattan from May, 2013, and the Getaway based in Miami from January 2014.

In 2011/13, Harley is producing the hit play “Songs for Nobodies”. Written by Joanna Murray-Smith, Directed by Simon Philips, starring Bernadette Robinson, the play has completed sell out seasons Melbourne three times, Sydney three seasons, two seasons in Brisbane and Adelaide, and to Perth.. “Songs for Nobodies” is destined for off Broadway later in 2013.

In 2013, Harley promoted a 21date tour with Colin Hay, and regularly produces shows with Ian McNamara of ABC 702’s Australia All Over.

Harley has managed and advised many of Australia’s leading sports identities. Current clients include cricket legend Steve Waugh Harley’s thirteen year management and business relationship with Steve has led the way in reinventing sports management, with innovate, creative strategies, and setting the bench mark in sponsorships for others to follow. Currently they are working together to self publish Steve’s thirteenth book, The Meaning of Luck

Harley is a passionate fundraiser and Board of Management member of the Steve Waugh Foundation, providing financial support to children with rare disease www.stevewaughfoundation.com.au and a director of the LBW Trust www.lbwtrust.com.au providing scholarships for Tertiary Education in underdeveloped cricket playing countries. Each year, in October, Harley produces a major event for “Animalia” at Sydney University, to raise funds for the Veterinary Science Foundation. Harley is a mentor to the Talent Development Group, an elite young group of performers selected from within the NSW schools system. This year Harley accepted an Honorary role at the Queensland University of Technology, as the Adjunct Professor for the Creative Industries Faculty

Harley’s the Managing Director of Duet Entertainment and Sports, based in Sydney, Australia. He is also President and CEO of USA based production companies Funnelweb Inc and Dance Partner Inc. 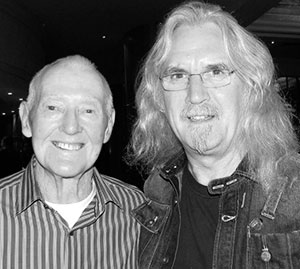 Kevin Ritchie was amongst the forefront of the modern era of Australian Concert Promoters.

He possessed a unique gift for building enduring relationships with the worlds leading Artists, based on integrity and trust, backed up with his wicked humour and his encyclopaedic knowledge of music and entertainment.

A true gentleman, throughout his life Kevin maintained a low and private profile, never seeking recognition or coverage of his achievements.

Born in Sydney in 1929, he first joined S. Hoffnung and Company in 1948. The company was a distributor of EMI manufactured gramophone records in NSW, and Kevin was employed to assemble record orders for the wholesale dealers in the City and Country outlets.

In 1949, when EMI, known as EMI Sales and Service Pty Ltd, decided to start its own distribution service, the employees in the Hoffnung Gramophone Division were offered to option to transfer over to EMI, Kevin made the move.

In 1950 he became a Special Sales Representative for EMI, on the road visiting the wholesale dealers and record stores around the country.

In 1959 the sales division was restructured, and in 1960 Kevin was appointed Manager of PR and Promotions, and subsequently National Manager. His duties included touring with all EMI artists in Australia, which included The Beatles, in 1964.

In 1973 EMI, looking to the future, started a concert promotions division, Act One International, with Kevin at its Head. Tours with EMI artists Marc Bolan and T.Rex, Buck Owens, Suzi Quatro and Elton John, were subsequently staged in 1973-4 under the Act One banner.

On the Elton John tour Kevin developed a strong relationship with Elton and his manager John Reid. Subsequently, Ritchie departed EMI in 1975, and formed his own promotional company with Reid, Duet Productions, to manage Rocket Records and promote concert tours. Duet’s first undertaking was “A Night at the Opera” tour with Queen in 1976.

Kevin and Duet then staged successful tours with Harry Secombe, Cliff Richard, Rod Stewart “The Concert”, then Elton John with Ray Cooper in 1977.

For the return Rod Stewart “Blonds Have More Fun” tour in 1978, Duet became embroiled in the Computicket ticketing company crash, losing hundreds of thousands of dollars. Following this catastrophe, Reid, also recognising a potential conflict of interest from his stable of artists, stepped back from his co-ownership of Duet.

John Reid correctly commented, “The integrity, competence and incredible humour that Kevin brought to the otherwise hard nosed business of touring stood him in good stead to attract first class Artistes for years to come”

Reid’s vision was on target, and many successful concerts followed, with his “close mate” Slim Dusty, the first of seven wonderful tours with Billy Connolly, an amazing fourteen tours with Suzi Quatro, and Lionel Richie “Outrageous Tour” in 1987. It was however the relationship with Elton John, lasting through eight sold out tours from 1974 to 1998 that defined Kevin’s career.

In 1989, after several operations to counter heart problems, Kevin retired to Bowral. He became “Senior Consultant” to Duet, building on a special relationship with Harley Medcalf, whom he had hired as his Tour Manager in 1976. This partnership continued beyond Kevin’s last on the road adventure with Duet, with his favorite Artist, Billy Connolly, in 2011

Stories about Ritchie abound, from the time he delivered a refrigerator to the dressing room of Judy Garland at the Sydney Stadium in 1964 to save the day after Ms. Garland refused to perform without “cold drinks”, to appearing at the Elton John end of tour dinner in Auckland in 1984, wrapped head to toe as the “Invisible Man”.

Responding to Elton John’s comment “How can we ever top that”” referring to the record breaking success on the “To Low for Zero Tour” in 1984, Kevin responded, “with a symphony orchestra next time, dear”. Subsequently the 1986 Elton John “Tour De Force” followed, with an 86-piece ABC Melbourne Symphony Orchestra in tow, the largest, and most successful tour ever staged in Australia at that time.

In 1986 Kevin’s old office car, a Holden Kingswood, christened “Rex” was stolen and trashed. Elton John tracked down a replica car, had it restored, plated as REX-2, gift wrapped with a huge yellow bow and delivered it with considerable fanfare outside the Sebel Town House. Kevin was mortified with the fuss, and made a quiet aside, that he been “trying to get rid of the car for years”.

Billy Connolly best summed up the reaction from all to Kevin’s death, saying, “My heart is broken. We will never see the likes of him again.”

Kevin is survived by his wife of 49 years, Betty, they had first met at EMI in 1957, and formed a strong, loving and special life long partnership.